Christmas 2014 when my daughter was 3, my father-in-law and his wife gave all the grandkids boots. What a hit! My little girl wore hers constantly- I even had to talk her out of wearing them on the beach- and they quickly became her trademark. But, like kids tend to do, she’s growing. Quickly. And by this past Christmas it was time for a new pair. They were replaced by a pair of brown boots with colorful stitching on the sides. She took to them immediately. It took a little longer for me. They were so grown-up and I wasn’t ready.

She’s getting so big, so fast. The 4-year-old in brown boots is so different from the 3-year-old in pink boots. So different and yet the same. I love watching her grow up. I love watching her change. But it also breaks my heart a little. So when I requested she pick out some things to give away and she brought me her pink boots, I almost cried. The sentimental packrat in me wanted to hold on to them… just because. She’s right, though. It’s time to move on. But not without commemoration and one last look. 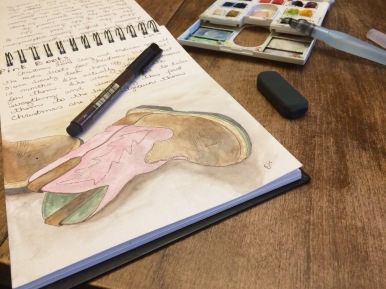